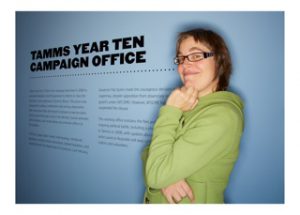 Laurie Jo Reynolds is an artist, policy advocate, and researcher who has dedicated two decades of work to addressing the negative representations of people in prison. Her “Legislative Art” participates and intervenes in government systems, with the goal of concrete political change. For the past eight years Reynolds focused on Tamms Correctional Center, the notorious supermax prison in southern Illinois designed for sensory deprivation. In 2007, she collaborated with former and current inmates at Tamms, their families, and other artists to launch Tamms Year Ten, a volunteer grassroots legislative campaign seeking to reform or close the prison. Tamms supermax was shuttered on January 4, 2013, in part due to Tamms Year Ten’s efforts. As a 2010 Soros Justice Fellow, Reynolds researched and advocated for best practices to stop sexual abuse and reduce crime recidivism.

Laurie Jo Reynolds’ ABOG Fellowship will support her current project, Honey Bun Comedy Hour (HBCH), a variety show co-created with currently and formerly incarcerated people and their family members to depict everyday realities of prison life. Individual segments will be used in campaigns to advocate for prison reform and be curated into complete episodes for galleries, screenings, cable-access television and theater revues. 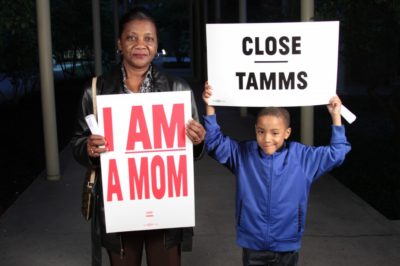 Community Based Art Practices Group with members of Tamms Year Ten at the School of the Art Institute of Chicago. Photo by Laura Lode. 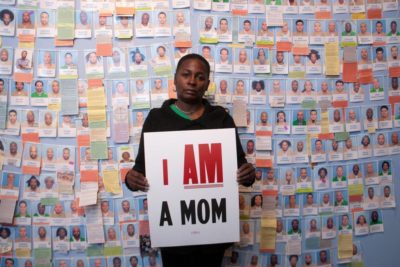 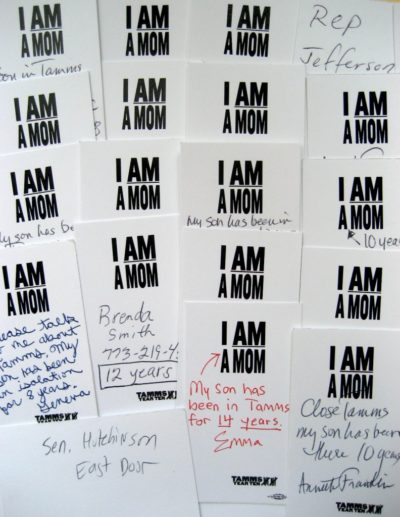 Posters from I Am a Mom campaign, Community Based Art Practices Group, SAIC + Tamms Year Ten.