‘Innovation’ in art and capital

How is ‘the innovative’ designated? How does something come to be understood as ‘innovation’? It seems there are three potential modes of evaluation for ‘the innovative’ at stake in the brief, one of which, both the most urgent and politically contingent, is marked as without a coherent canon with which to discern a sure judgment. As is stated in the prompt, there is an accepted contemporary understanding of what artistic innovation has historically meant, exemplified by the avant-gardes of the 20th century: departure from institutionally accepted modes of art and standards for its exhibition, resistance to the market through the use of expanded form and a “progressive” dream of art and society, linking experimental art practice to progressive political ideals within a linear conception of time, always departing from the old and associating with the new, in form and in politics.
Innovation is defined within neoliberal capitalism nearly indistinguishably as how ‘the innovative’ is discerned in art: the innovative in capitalism is equally about expanded and ‘forward-thinking’ form (derivatives, advances in telecommunications, app development, etc.) and also often appears under the pretense of political progressivism, within rhetorics of equality, celebration of difference and/or increased freedom. Think of “innovative” private charter schools which aim to celebrate diversity while leveling the academic playing field, as an example that has been critically compared to SEA. Akin to the historical avant-garde (although not all of it—some movements made specific claims) the rhetoric of progressivism which appears alongside innovation in capital today does not have an explicit target—innovation in capital for example, might be illustrated by an image of equality, but wouldn’t provide a map for achieving income equality or wealth redistribution.
Innovation furthermore, as understood by capital, is also future-oriented, constantly reinventing itself towards the realization of greater methods of accumulation, which are necessarily flexible, or innovative in form. The definition of innovation in both arenas, art and capital, is that which provides a new standard of valuation, which demarcates new frontiers of value creation. One can easily see, under the sky of the ‘creative industries,’ how capital and art have learned from and with each other: the artist as the model of flexible laborer for example[1] or how all of life, as Suhail Malik has observed,[2] is now valued in the dramatically subjective, highly abstracted modes which germinated, in part, within the art market. To loop around once more, this cross pollination also sees the “best practices” of post-Fordist work appear within art itself[3] as well as within the management regimes of its care and canonization—the increasing precaritization of art administrative and academic work. Rather than just recognizing the inseparability of ‘innovation’ and neoliberal globalization on the one hand, and artistic innovation as the briefly radical slant to the ongoing fiction of creative genius on the other, it is pertinent to recognize that this term allows an acknowledgement of how art and capital mutually reify one another. If a close relationship to capitalism, or more broadly, the creation of value, has been true of art throughout its history, ‘the innovative’ certainly acts today as an organizing principle, and fruitful bridge between the two. Video still from Imagineering, 2014, by Kym Ward.
Kym Ward is currently undertaking a “Fieldwork Residency” through TENT Rotterdam, in Deloitte’s Innovation department, in The Netherlands. The Fieldwork residencies are taking place as part of the “The Value of Nothing” exhibition at TENT Rotterdam. www.kymward.com
The use of the term itself is risky, as we have seen, it values: instilling some form of artistic genius or ‘eureka’ moment even in the face of collaborative work, or the attempt to circumvent singular authorship. The term identifies that which is most profitable today because it will be more so tomorrow—the innovative is inherently speculative. However, to introduce the politically contingent category at the center of the question of innovation within socially engaged art: what is, or what would be, innovative justice? If socially engaged practice can be called an avant-garde, which in its increasingly institutionalized forms[4] it certainly follows the market trajectory of, it is one which seeks progressive cause through interventionist programs that aim for measureable outcomes. The attainment of concrete or measurable social change—justice—is what sets SEA’s aspirations apart from its forbearers. Although, to be clear, it’s not that there weren’t artistic projects embedded within social and political movements or working for realist increments of change prior to the post-1960 era, however, it is here and now that we see such outcomes taking a central role in the articulation of the practice itself.
The question of what is ‘innovative’ then in relation to justice, becomes not only tied to the specifics of a certain problematic, but also to highly politically contingent agendas around what constitutes the attainment of justice. Unlike in an earlier avant-garde, where more diffuse conceptions of what constitutes societal progress could float between artworks, not necessarily in confrontation, in SEA the question of innovation not only connotes the anticipation of an outcome, but also the designation of that outcome as the primary goal or step towards alleviating the injustice in question. Can there be a standard for what is innovative in SEA? It seems the question illuminates SEA as an arena in which competing programs for justice are contested, evaluated and as of recently (Creative Time’s Leonore Annenberg Prize for Art and Social Change, for example), ranked.
Salient to note would be, as the sociologist Virginia Eubanks has shown in relation to technological advancement in welfare administration and surveillance,[5] that the advent of neoliberal ‘innovation’ while routinely touted as that which will cure social ills (decrease work, as was thought with introduction of computers), has proven to dramatically increase inequity. It is not incidental that the emergence of SEA out of the collaborative and community practices of the 1970s parallels (while responding to) the dismantling of the welfare state that came with the shift to neoliberal governance. Therefore, the impetus to designate “innovation” within SEA showcases its inseparability from the structures of inequity that it attempts to address.
Finally, if arguably one of SEA’s most formally expansive contributions to art is its explosion of duration into the visually imperceptible (projects which are decades long and do not have visually oriented outcomes – unlike earlier experiments in long duration, in film or craft, which delved into what long hours would aesthetically do), innovation, with its suggestion of a momentary spark, is not productively applied. Furthermore, if seeking justice is foremost a historical project, which entails recognizing the historic lineages of present day injustice, this necessitates a nonlinear historical structure—living simultaneously in the past and present—in which the innovative’s future facing drive becomes a formative foil.

[1] The artist as flexible laborer is by now a well known theses, traceable most popularly to Paolo Virno’s A Grammar of the Multitude: For an analysis of contemporary forms of life (Cambridge, MA: MIT Press, 2004).

[4] I am thinking here of the debate sparked at the last Creative Time Summit, wherein Rick Lowe accused “social practice” of “gentrifying” the community arts.

We welcome your comments! Please feel free to use the comment box at the bottom of the page to join in the discussion.

“What Are We Trying to Get Ahead of?: Leaving the Idea of the Avant-Garde Behind” by Jen Delos Reyes – September 24, 2014

“Radical or Reactionary: The Value of Innovation in SEA” by Elizabeth Grady – October 9, 2014

“Unmaking Innovation: A Return to the New” by Elizabeth Grady – November 10, 2014

Growing Dialogue is a series of moderated online debates among thought leaders in social practice. 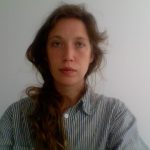 By E. C. Feiss
More Articles Like This One